Meet Campbell Paine, a former army officer who is now an active contributor to citizen science in Queensland.

Meet Campbell Paine, a former army officer who is now an active contributor to citizen science in Queensland.

Since recently retiring, Campbell has combined his love of spending time outdoors with bird-watching, and has developed a thirst for identifying species of flora and fauna. He is currently one of the top performing players in the world for his involvement in QuestaGame — an online app that helps to track biodiversity. Campbell Paine and his daughter Jasmin.

How long have you been a citizen scientist?

My mother passed on the family Birds of Australia book where she’d noted more than 100 birds she had identified from the back balcony of the family home in Maryborough, Queensland. Years later this became a valuable resource when my youngest daughter Jasmin and I would go exploring in the local area.

In 2015 and 2016, I was posted to Papua New Guinea and would take photos of birds to send to my daughter Jasmin as a way to stay connected. This interest grew and once back in Australia, I joined QuestaGame — an interactive game that anyone can play.

Campbell said it is surprising how much diversity is in your backyard or close by — you just have to look.

As part of the game, I tried to photograph those fast moving and hard to identify small brown birds. Initially, they all looked the same to me, but I quickly learned the difference.

Then, in Tin Can Bay I photographed a Regent Honeyeater (Anthochaera phrygia), an endangered species, which at the time was described as the fourth sighting in 150 years that far north.

I had no idea what it was at the time until experts identified it and the local bird community got very excited.

Why do you like being involved in citizen science?

I enjoy the challenge and excitement of finding something new, especially when I can do this outside in the fresh air. It’s been surprising to see how fascinating, beautiful and bizarre insects and other small things in the garden can be, and I’ve enjoyed learning along the way.

Understanding the role QuestaGame plays in the global challenge of protecting ‘life’ has also given me a better perspective of why this game and the information it collects is so important. Expertise in identifying species in a particular field takes decades to gain, so if we all start to play a role and learn from an early age — we are helping to address that challenge.

Identification of species, their locations and the analysis of all this data helps to protect wildlife and gives the decision-makers useful data when making choices that impact Australia. Of course, another aspect is the identification of invasive species that can have a massive negative impact on our nation’s own wildlife, flora and economy.

Tell us about your experiences with QuestaGame?

I submit a lot of pictures and feel grateful that I’m assisting with tracking biodiversity around the country.

My Regent Honeyeater find excited me a lot, but embarrassingly, I saw and photographed another one very recently. 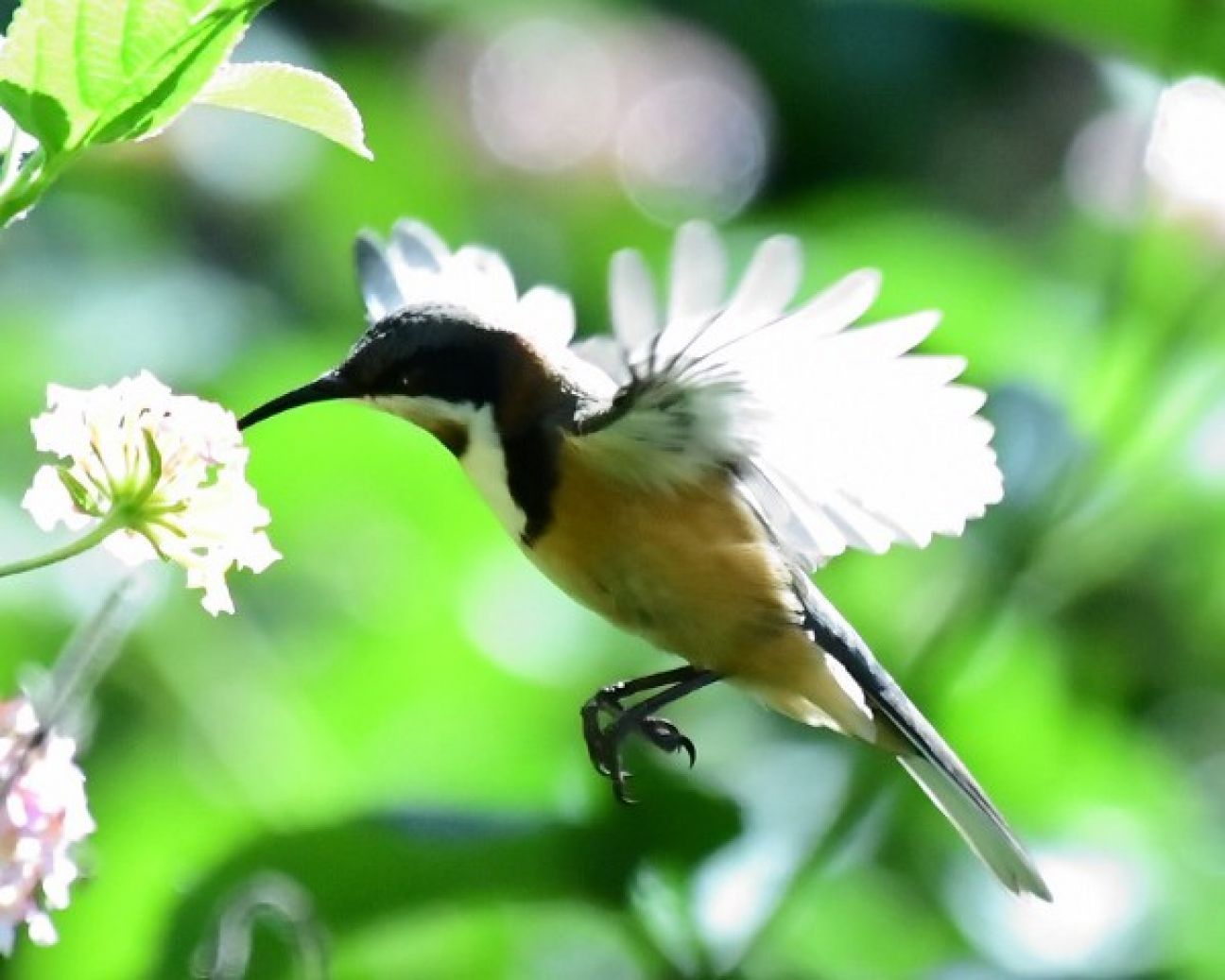 Campbell photographed the Eastern Spinebill which sometimes visits urban gardens, and will feed from native and exotic flowers.

I enjoy working with a small ‘clan’ in the game to set goals for each other.

In the clan, we have a mix of age and experience with citizen science. The others are located in Western Australia and Victoria and we all speak via Messenger, so we share our discoveries and knowledge along the way and that really enhances the experience.

I’ve heard about QuestaGame amateurs like me discovering new species. It shows everyone is important and has a role to play in science! The QuestaGame app allows users to photograph and identify both native and introduced (potentially harmful) species.

What advice would you provide to someone starting out in citizen science?

In South East Queensland we have so many different creatures, it is awesome to come across them—and as a bonus, citizen science it is good for exercise, stress relief and general health.

The Misteltoe bird which prefers the berries of the misteltoe.