Our solar system has been officially visited by an alien. Okay, not a green-skinned one but an 800-metre-long, cigar-shaped asteroid named Oumuamua [ou-moo-ah-moo-ah]. Aptly named after a Hawaiian deity, this ‘messenger from afar arriving first’ has the astronomy community abuzz. How do we know Oumuamua is an interstellar visitor? And how can we work out its origin?

Our solar system has been officially visited by an alien. Okay, not a green-skinned one but an 800-metre-long, cigar-shaped asteroid named Oumuamua [ou-moo-ah-moo-ah]. Aptly named after a Hawaiian deity, this ‘messenger from afar arriving first’ has the astronomy community abuzz. How do we know Oumuamua is an interstellar visitor? And how can we work out its origin? 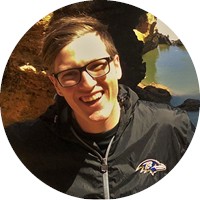 PhD student Jake Clark from the University of Southern Queensland sheds some light on the matter.

It’s all in the orbit

Our friend, Oumuamua, confused scientists right from the get-go. Is it a comet? Is it an asteroid? Due to its highly elliptical orbit, scientists first thought our visitor was a comet, and gave Oumuamua the comet designated name, C/2017 U1.

But, there was a problem. Usually, as comets travel inward to our sun, they heat up ice and dust, leaving behind that iconic, thick tail. As scientists continued to observe Oumuamua racing through our solar system, at a whopping 25 kilometers a second, they discovered no such tail and redesignated its name to reflect a solar system asteroid, A/2017 U1.

But that too was a problem. Why? Well, every planet, dwarf plant (hi Pluto!), asteroid and other astronomical body within our solar system, orbits our Sun in an elliptical, or sometimes circular orbit. Oumuamua however, was travelling almost perpendicular to our solar system with an exceedingly elliptical orbit. Its orbit so elliptical in fact, that it was hyperbolic in shape.

Why might a hyperbolic orbit matter? Only an object unbounded by our Sun’s enormous gravitation influence can hold such an orbit, as it whizzes through our solar system. The fundamental evidence of such a peculiar orbit solidifies Oumuamua as Earth’s first ever detected alien visitor. HUZZAH! 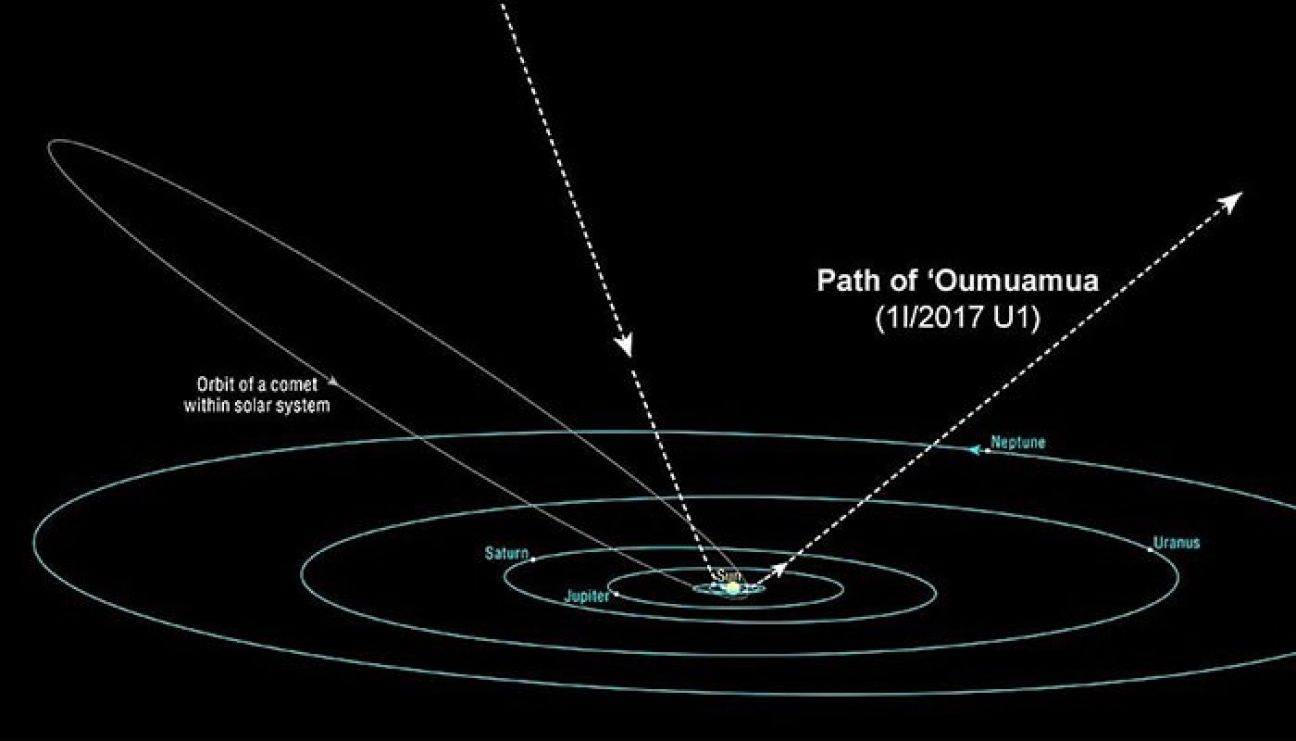 Oumuamua’s orbit is distinctively different compared to anything else contained within our solar system. Image credit: Brooks Bays/SOEST Publication Services/Univ. of Hawaii

We now know Oumuamua is an alien object that’s been ejected from its home, traversing across our solar system. But, where has it come from? Well, that’s the million-dollar question. And yet, Polish scientists, Piotr Dybczynski and Małgorzata Królikowska, have just recently published research that might hold some clues on Oumuamua’s origins.

Tracing back to Oumuamua’s Home

Piotr and Małgorzata have been able to use previous observations and simulations of our stellar neighbourhood to pinpoint Oumuamua’s true home, basing their model on stars that may have skimmed by or likely to pass our sun within the nearest hundred light years. These nearby stars may have ejected Oumuamua along the way, on a one-way ticket to our solar system. The trouble is, there are over seven THOUSAND stars that fit into that category. Now to play galactic detective!

Using over ten thousand simulations of these seven thousand stars, they were able narrow this candidate list down to 55 stars or stellar systems — two or more stars dancing around each other.

Turns out, there was no clear-cut answer. Piotr and Małgorzata proceeded to scour out EVERY SINGLE STAR known on astronomical databases, widening their search to see if any passed the Sun to within 11 light-years. This narrowed 200,000 candidates to seven.

Further restrictions were made to stars traveling at speeds needed to explain Oumuamua’s orbit, leaving us with a few scenarios.

Oumuamua’s most likely home is located a mere 42 light-years away in the Hercules constellation, from the cool, red dwarf star known as UCAC4 535–065571. 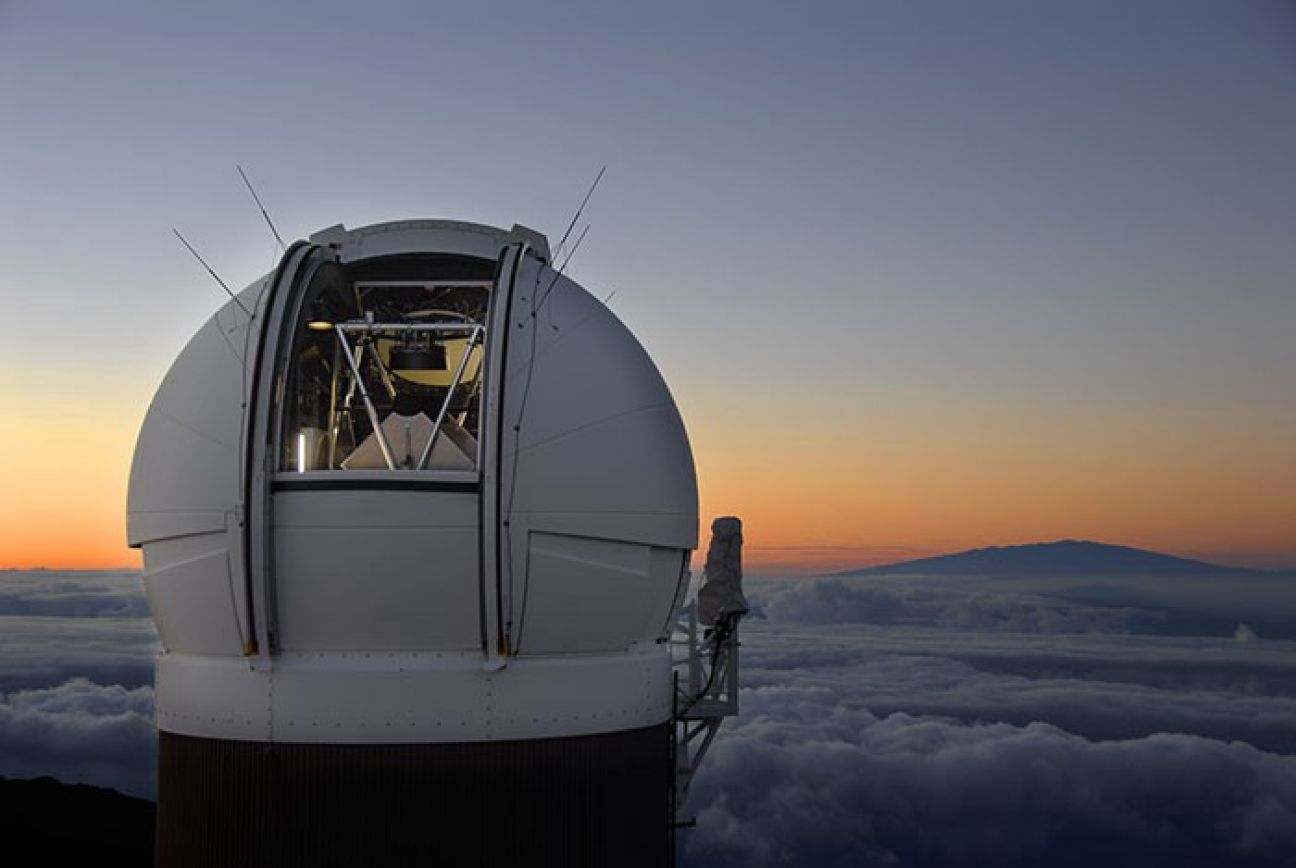 However, another plausible scenario is that 820 thousand years ago, on a Thursday afternoon, Oumuamua was ejected from another red dwarf, GJ 876, a mere 7.3 light years away. Or equally as plausible is the ejection from the binary star system Omega Capricorni, 39 light-years away.

The issue is, this interstellar detective case is extremely hard to solve. Oumuamua can get pulled and tugged traversing through our galaxy, ultimately changing its orbit. These gravitational interactions change Oumuamua’s course, which get harder to reverse engineer. And yet, Piotr and Małgorzata seem to have narrowed down this galactic search to three candidates; UCAC4 535–065571, GJ 876 and Omega Capricorni.

So, what’s the future for our interstellar tourist Oumuamua? Unfortunately, it’ll be skimming into the cold dark abyss of space yet again, finding another solar system to call a temporary home. Nevertheless, it’ll rack up some frequent flyers in the process.

The University of Southern Queensland is watching Oumuamua and other space travelers as part of their stellar astronomy and planetary systems research which aims to advance understanding of the shared evolution of stars and planets and the implications for life.

Thanks to Jake Clark for his blog to help us promote the great science happening in Queensland. If you’d like to submit a blog email info@chiefscientist.qld.gov.au. And don’t forget to follow us on Queensland Science Facebook.