Last night the Queensland Government announced Dr Paul Giacomin as the Emerging Science Leader in recognition of his role as science advocate and his outstanding research into coeliac disease.

Last night the Queensland Government announced Dr Paul Giacomin as the Emerging Science Leader in recognition of his role as science advocate and his outstanding research into coeliac disease.

Before the big event, Paul collected a medal from the Hon Leeanne Enoch MP, Queensland’s Minister for Science. What do you think about this new accolade?

I was incredibly excited and honoured to be selected as the recipient of the Emerging Science Leader award. I’m very grateful to Premier Palaszczuk and the Queensland Government for this accolade and their support. I think it’s a fantastic initiative to acknowledge emerging Queensland-based scientists for both their academic and community engagement achievements.

This award recognises the importance of involving people in science across the community. What sort of science engagement have you been doing?

I was involved in last year’s National Science Week, visiting Trinity Beach State School involving practical demonstrations about Motion and Energy for Year 4–6 students. There were interactive oral presentations to the students about ‘Our Amazing Immune System’ and careers in science, technology, engineering and maths (STEM).

I’ve given several lectures to the public as part of the International Day of Immunology and also gave a TEDx Cairns presentation in 2016 about ‘Worming your way to good health’.

What are you currently working on?

I’m based at the Australian Institute of Tropical Health and Medicine (AITHM) at James Cook University and am currently studying parasitic worms to understand what they release into the body to balance our immune systems, so I can help the estimated 250,000 Australians who suffer from coeliac disease.

We know a gluten-free diet is effective for some, but is expensive, inconvenient and accidental gluten exposure is common — there really is a need for new treatments and I believe parasitic helminths (worms) infections can assist in managing this disease.

Ultimately I hope to identify the specific proteins these worms produce, which could be developed as a pill-based medicine which would greatly improve the health and lifestyle of people with this disease. In addition, together with my AITHM colleagues we are actively pursuing opportunities to develop a number of our newly discovered worm secreted molecules for a range of inflammatory conditions beyond coeliac disease, including inflammatory bowel disease, allergies and metabolic disorders. 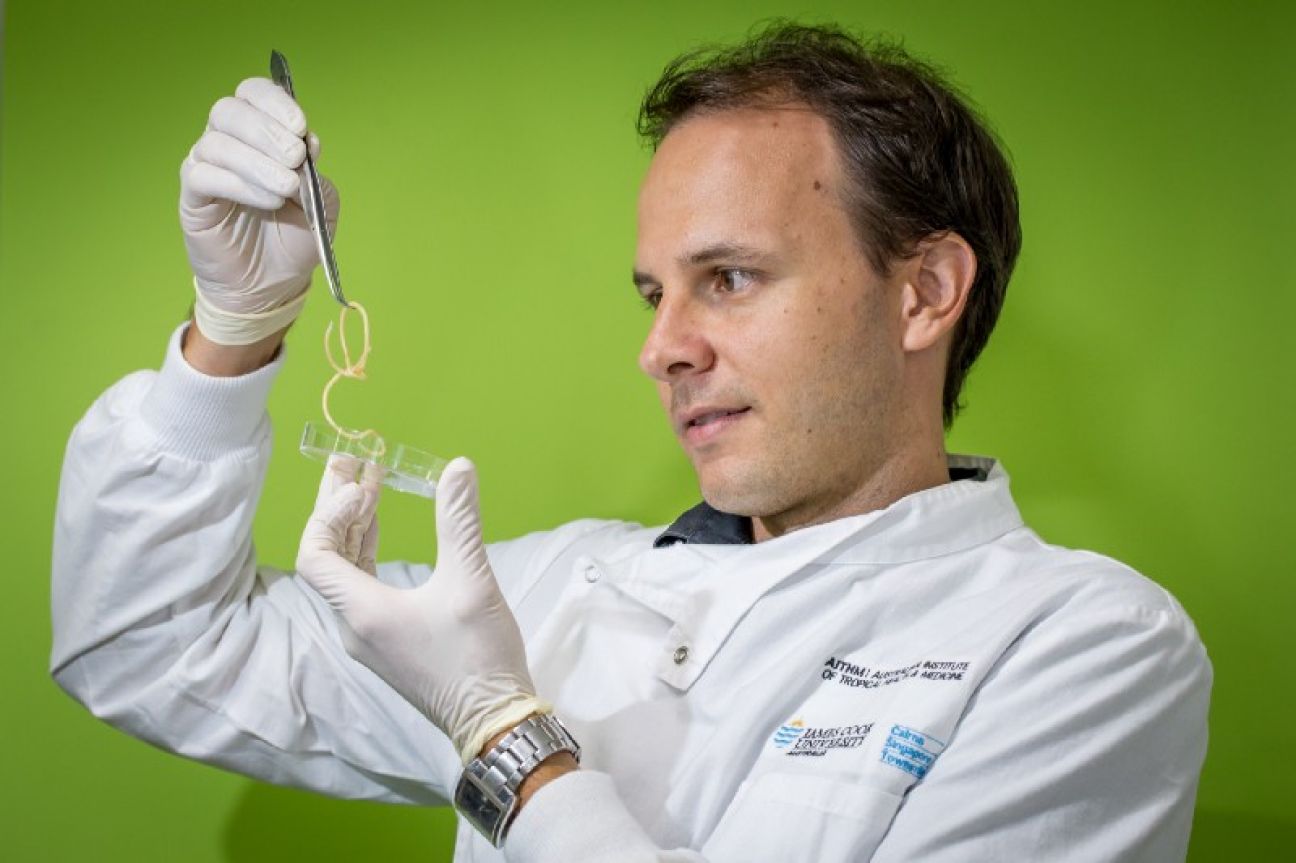 You have an impressive bio — tell us what sort of activities and other things you’ve been up to?

I’m currently an Advance Queensland Mid-career Research Fellow who is starting to form my own independent research group at James Cook University within the AITHM. Last year I was a Queensland Young Tall Poppy Award winner. My colleagues and I have been very fortunate to receive substantial federal and state government funding for our coeliac clinical trial project that is currently in its enrolment stage at our Brisbane, Townsville and New Zealand sites, so we’re very excited about finding out the results of this trial some time next year.

What’s the best thing about being a scientist in Cairns?

I feel very fortunate to be able to live in such a beautiful part of Australia in Far North Queensland and also work in a world-class scientific research institution. Now is an exciting time to be a scientist in Queensland—there are a lot of opportunities for people with innovative ideas to conduct their research. I’m looking forward to establishing my career here and also continuing to engage the community about the work we do at AITHM and increase people’s interest in science—particularly young people—about career opportunities in science. Being a scientist is always challenging, sometimes very rewarding and never boring.