This year, 12 amazing young scientists and researchers were selected as Tall Poppy winners from across the state. Congratulations to Dr Lee Hickey from The University of Queensland who was awarded the Queensland Young Tall Poppy Scientist of the Year.

The annual Queensland Young Tall Poppy Science Awards is hosted by the Australian Institute of Policy and Science (AIPS) in partnership with the Office of the Queensland Chief Scientist to coincide with National Science Week. 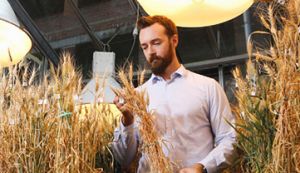 Lee is a Senior Research Fellow at The University of Queensland. He works at the Queensland Alliance for Agriculture and Food Innovation.

“We need more productive crops to feed a rapidly growing human population and that are tolerant to changing climate and rapidly evolving pests and diseases.

Traditional plant breeding is slow. I played a key role in developing ‘speed breeding’ technology which enables up to 6 generations of wheat and barley to be produced per year.” Ian is a Senior Research Scientist at James Cook University. He works at the Centre for Tropical Water and Aquatic Ecosystem Research.

“Vast shellfish reefs made up of oysters and mussels were once common in Australia.

My research focuses on finding and describing the last of these reefs to provide goals for restoration projects, improving techniques to scale-up efforts, and estimating the benefits (home/food for fish, water quality, protecting shores from storms) to build a business case for restoration.” Kirsty is a CJ Martin Early Career Fellow at the School of Biomedical Sciences, The University of Queensland.

“People with health conditions such as asthma, obesity and diabetes suffer from much more severe flu infections than people with no underlying illness.

My research seeks to define the mechanisms by which these conditions increase the severity of the flu, in the hope that we will be able to design new drugs to reduce the flu in the growing number of people living with these conditions.” 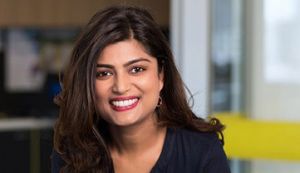 Anjali is an Advance Queensland Research Fellow at the Australian Centre for Robotic Vision, QUT.

“As a robobiologist, I work at the intersection of medicine, engineering and design, with a transdisciplinary approach to develop medical devices that translate robotic vision into affordable systems that can be used to improve healthcare outcomes.

This includes development of a vision-based robotic leg-manipulation system to be used for safer and precise knee surgery and a light field retinal diagnostic system to replace the expensive and complex cameras currently used to detect abnormalities such as glaucoma or macular degeneration and to decrease preventable blindness.” 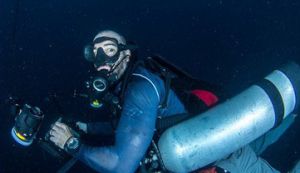 Tom is a Senior Curator — Corals at the Queensland Museum Network.

“The ‘twilight zone’ of tropical coral reefs represents one of the most biodiverse but least-explored habitats on the planet, and could provide an important refuge from the many threats facing coral reefs worldwide.

Using cutting-edge robotics, I document these reefs and have shown that they support diverse ecological communities, including species new to science and many others not previously recorded from Australia.” 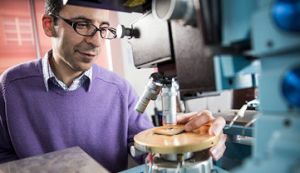 Mostafa is a Lecturer of Electrical and Electronic Engineering at James Cook University.

“How does the brain, which consumes less power than a light bulb enable humans to perform challenging tasks such as driving, while it takes a supercomputer to carry out the same task, not nearly as accurately or efficiently?

My research is on the design and implementation of systems, which perform tasks in a similar way to the brain for applications such as human-like robots, self-driving cars, and running experiments to learn how to cure brain diseases.”

Indira is a Senior Research Fellow at the Institute of Health and Biomedical Innovation, QUT.

“Osteoarthritis impacts 1 in 4 Australians, and there are currently no treatments to stop the disease and its prevalence will continue to rise in the coming decades. Joint replacement surgeries are highly invasive, expensive and not a permanent solution.

My research work will accelerate the delivery of injectable material for healing cartilage, allowing resurfacing and regeneration rather than replacement.” 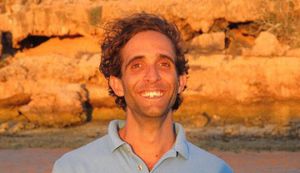 Christopher is a Postdoctoral Research Fellow at Oceans and Atmosphere, CSIRO.

“My research focuses on how ecological interactions including competition and predation are altered by climate change, and how such changes can alter the ability of tropical corals and algae to recolonise reefs.

My research has contributed to major breakthroughs in understanding how reefs will respond to current and future climate change and helps managers adopt strategies that aid in reef conservation.” “When melanoma is detected early it has one of the highest cure rates of any cancer, but undetected, melanoma can metastasise throughout the body and chances of survival dramatically decrease.

A core focus of my research is identifying the genetic causes of this cancer to improve treatment strategies for metastatic melanoma.” 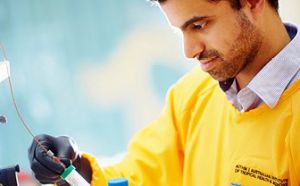 “My research focuses on developing a type of vaccine called immunotherapy for food allergies.

This vaccine works by slowly but steadily training the immune system to ‘tolerate’ small amounts of the allergenic food, which will help people tolerate accidental allergen exposure, without any severe reactions, providing enough time to receive medical attention.” 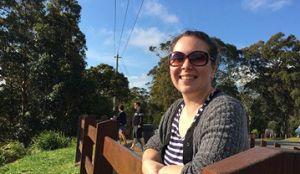 Alienor is a Post-Doctoral Research Fellow at the School of Biological Sciences, The University of Queensland.

“My research focuses on finding the most cost-efficient solutions to biodiversity conservation problems by developing statistical and computer models based on ecological data.

I have contributed to the conservation of iconic species, such as the Sumatran tiger and African cheetah. My work as a conservation scientist is at the interface of ecology, mathematics and social science.” 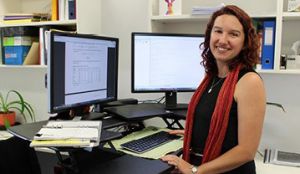 Emily is a Senior Research Fellow — Health Economics at the Australian Institute of Tropical Health and Medicine, James Cook University.

“My research uses microsimulation techniques to look at the current distribution of healthcare and ensure there is a good match between the needs of patients and the care that is delivered in the future.

I am currently collaborating with a number of clinicians on several projects including using a mobile phone app to raise maternal awareness of foetal movements to prevent stillbirth.”