There is no room for complacency as the state strives to build a sustainable culture of entrepreneurship and innovation, writes Queensland Chief Scientist Professor Hugh Possingham.

As Tritium, a Brisbane-founded electric vehicle fast charging company continues to expand the reach of its innovative technologies across the globe (now in over 40 countries), the symbolism is apt – Queensland cannot afford to take its foot off the accelerator when it comes to funding innovative businesses.

We have a strong record of helping start-ups survive the ‘valley of death’ – that is,the gap between getting initial funding and when they start generating revenue. To ensure that scientific endeavour and entrepreneurial zeal continue to flourish, we need that pipeline of funding and support to keep flowing from government, business and the investment community.

With such financial security, our entrepreneurs will have the best chance to achieve long-term commercial success, and contribute to a better future for all Queenslanders. 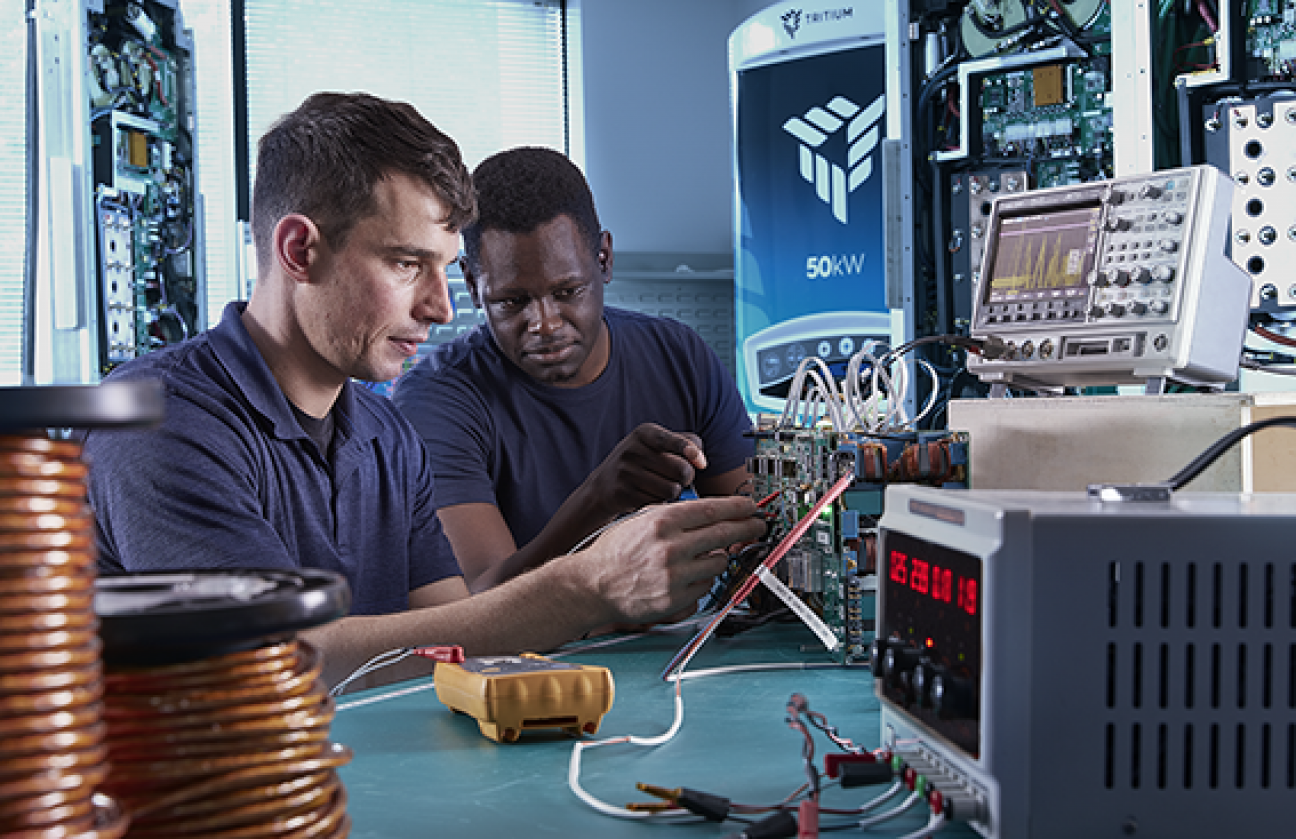 One of the great things about science is the impact it has on people and society. We see that every day as our great science and innovation advances make their mark around Queensland, the nation and the world.

Think of Brisbane business RedEye, whose software-as-a-service solutions are helping complex infrastructure operators around the world better manage the safety and performance of hundreds of billions of dollars in assets.

Then there is Go1, which has curated the world’s second-biggest digital learning library; Ellume, which recently secured a US Government deal for US$262 million to assist with the rollout of its COVID-19 home test; and Gilmour Space Technologies, a pioneer of hybrid propulsion technologies that is preparing to send a small launch vehicle called Eris into space next year. The list goes on.

Although their stories are vastly different, the common thread is that these businesses have received direct support from the Queensland Government, while many others have gained indirectly from being part of the state’s breeding ground for ideas and invention. 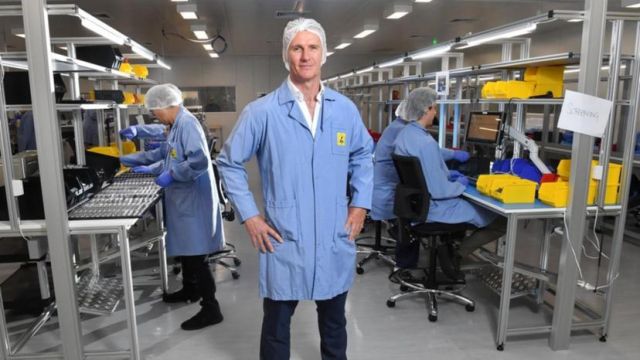 Dr Sean Parsons, Founder, CEO and Managing Director of Ellume is having great success with their COVID-19 home test.

Relying on our smarts

Of course, our science and innovation strength is no overnight success story – it has its origins in the execution of the Smart State campaign more than two decades ago when Queensland realised that it needed to generate new industries outside strongholds such as mining and agriculture.

The impetus has continued thanks to initiatives such as Advance Queensland, a $755 million state government program that has helped promote Queensland as an attractive investment destination. It has delivered funding for entities such as AnteoTech (revolutionising battery design and rapid COVID tests); Luina Bio (developing biopharmaceutical solutions); and Implicit Bioscience (using immunotherapy to treat life-threatening diseases).

Money on its own is not enough for Queensland’s science and innovation capability to thrive. Sustainable success occurs when there is a culture and network of innovation that involves government, business, scientists and universities. However, funding is clearly one of the factors that can set off a chain reaction of achievement – for example, research funding attracts the best talent, which sparks the best R&D ideas, which fuels great enterprises.

Queensland has also shown that funding and infrastructure support can attract multinationals and major companies that give back to business and the public. An example is the state’s $18 million-plus investment in a partnership with aerospace giant Boeing Australia for a project which applies artificial intelligence algorithms to ‘teach’ a crew-less aircraft’s ‘brain’ how to communicate with other aircraft. The deal has paid off, creating jobs and opportunities for 20 innovative Queensland small businesses that are working with Boeing.

What is also impressive is the diversity of Queensland’s entrepreneurial success. Northgate business Urban Art Projects is recognised as a world leader in public art and architectural design solutions, but it is perhaps now best known for buying the American factory that manufactures the iconic golden Oscars statuettes which are part of Hollywood folklore.

In less than a decade, Ben Hollis, Jonathon White and Steven Donaldson have taken an idea they brainstormed around a dining table in Petrie Terrace and turned it into Polymathian, which uses industrial mathematics to solve complex problems in sectors such as mining and heavy industry. As such, they are driving momentum for intelligent mines of the future.

Biarri Workforce has created rostering software from its Fortitude Valley office that is being used on everything from billion-dollar capital projects through to the smarter running of small transport fleets.

Their own success aside, such endeavours increase the sophistication of the state’s business and start-up community and deepen the local talent pool.

SwarmFarm is leading the development of agricultural robots for crop production.

Looking to the future

While past initiatives by successive Queensland Governments have proven their worth, it is not the time to pat ourselves on the back. Ongoing funding for clever initiatives is one of the keys to our future post-COVID-19.

That is why it was so pleasing to see the Queensland Government pledge $20 million to a medical research institute in Brisbane as part of a move to boost the state’s vaccine manufacturing and development capacity. The money for the Translational Research Institute at Princess Alexandra Hospital is part of the $3.34 billion Queensland Jobs Fund announced in June. The funding will also support job-creating industries such as renewable energy, manufacturing and catalytic infrastructure.

In Tritium, Go1, Ellume, Gilmour Space Technologies and others, Queensland has its own unique success stories. They are joined by the likes of SwarmFarm, the brainchild of a Central Queensland couple whose agricultural robots autonomously slash grass and spray weeds; Opmantek, whose monitoring software is being used by NASA to help its mission to land the first woman on the moon in a few years; and SafetyCulture, a workplace safety platform.

They are a reminder of how far we have come in fostering an innovative culture. When I first set foot in The University of Queensland two decades ago as a researcher and professor, I received some astute counsel from then Vice-Chancellor Emeritus Professor John Hay and his successor Professor Paul Greenfield – find the best people, get them on board, and then get out of the way. That directive contributed to a culture in which the university, through its commercialisation arm UniQuest, developed the cervical cancer vaccine, Gardasil. The strategy remains valid today for government, business, industry, research – and me.

We have the talent in Queensland and the pillars of the state’s start-up success are clear and well established – strong funding, a great culture of innovation, and powerful science and business networks.

The challenge now is to ensure that the momentum does not wane, particularly given that Brisbane has a unique opportunity in the next decade to position itself as a major location for sport innovation as the host of the 2032 Olympic and Paralympic Games. We need investment to continue and great ideas to turn into business reality at a time when three of the state’s biggest industries – mining, tourism and higher education services – are battling threats such as climate change and COVID-19.

Let us keep supporting Queensland’s science and innovation capability – and create the next Gardasil, the next Ellume and the next Tritium. Gilmour Space Technologies is set to send their Eris rocket to space next year.