We start to learn mathematics at a very young age. It’s not an easy subject for any student because what we learn by the age of 17 is the accumulated wisdom of 1000s of years of geniuses – from Hypatia to Gauss. That’s a lot to learn in a few hours a week across 12 years of schooling.

In Year 5, I vividly remember our teacher Mr Morrison, who also taught us chess, explaining sample spaces (all possible outcomes) and probability by asking us all to go home and roll two dice 100 times.

We all made histograms (a graph to show frequency distribution) of the number of times we rolled two through to 12. He showed us how to use the sample space diagram to calculate the probability of getting every number e.g. the chance of getting a three is 2/36. He was annoyed that with over 2000 rolls the number of 12s was twice the number of twos and he suspected some interference with the experimental method.

The probability skills Mr Morrison taught us I used to make my own board games. I worked out ways of constructing any probability I wanted using dice and a deck of cards. For example, if I wanted a very small probability – say 1/144, I had to roll two sixes and draw a spade from the card deck.

Ultimately, for me, maths at school was a game – a game like chess or monopoly, to be won at all costs. I struggled to see its relevance, but I liked games and have always been intensely competitive. I wish then I had known what I know now – that maths is collaborate and full of people helping each other to understand the complexities of life, technology and the world. When I was 15, my father, who ignited my interested in birds, gave me a Princeton University monograph about bird communities and it included a lot of maths and data that I tried to understand. At university this love for birds had me enrol in biology, then zoology. I had no intention of becoming a mathematician and most real mathematicians would say that I still am not one. Fortuitously, my astute mother Barbara Possingham, convinced me to combine my zoology and biochemistry with mathematics.

At university mathematics seemed very dry, however as I was struggling through Applied Mathematics II in second year, two lecturers were especially inspiring, showing me why mathematics is useful. Professor Ren Potts the then head of the Applied Mathematics Department, gave us a series of lectures about the mathematics of traffic light control at an intersection. Given data about the rate of arrivals from one direction, and the rate of arrival from another, one can optimise the amount of time the signals are green, red and yellow in any direction.

Associate Professor Bill Henderson taught us some basic game theory and introduced us to the hawk-dove and prisoner’s dilemma games. I was hooked. Suddenly, here was some maths that I could see was fundamental to explaining optimal human behaviour and how to make things work better in the real world. Nine years passed, and my first permanent job was a lecturer in the Applied Mathematics Department at The University of Adelaide (with time at Oxford, Stanford and Australian National University in between). 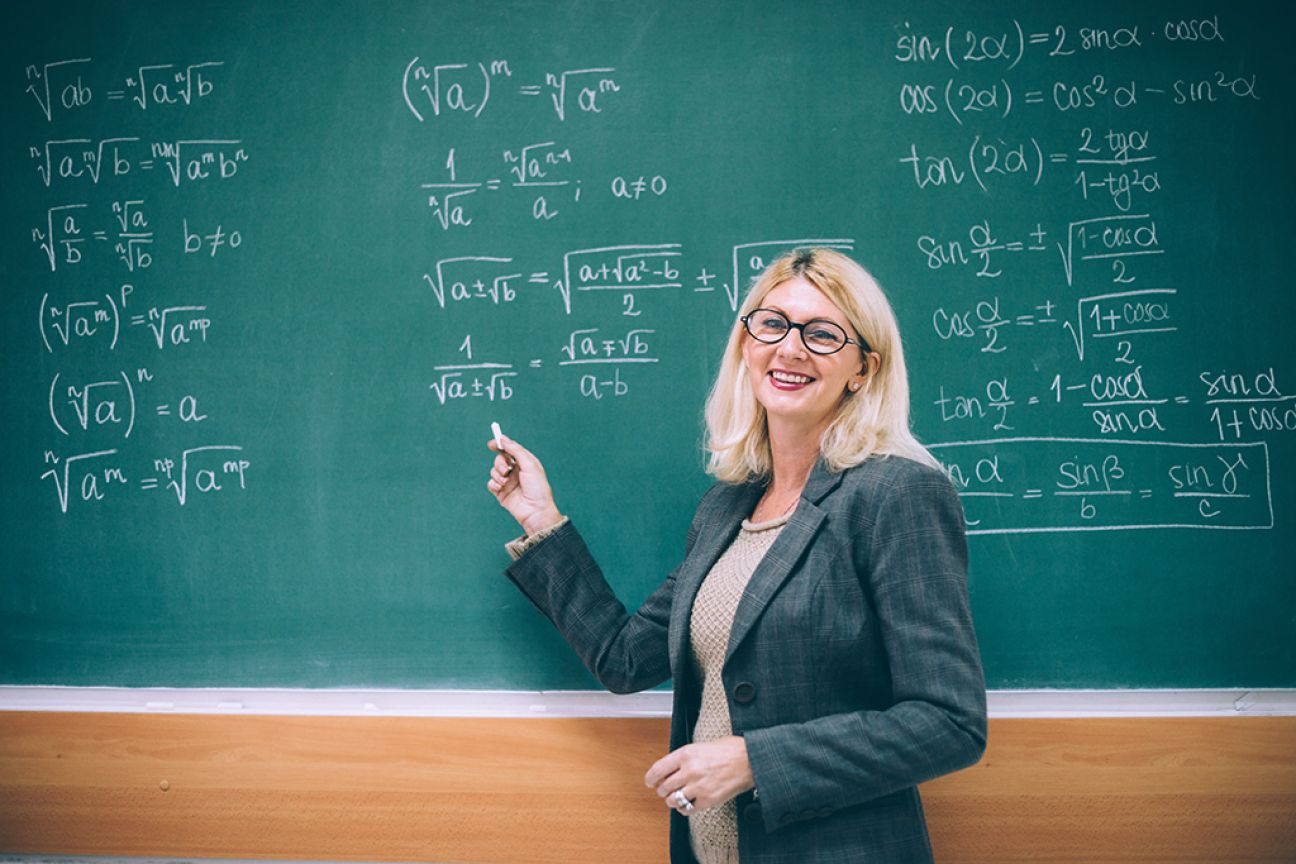 Maths is hard, even the best mathematicians that I know find learning new maths difficult. I know outstanding mathematicians who find probability and statistics hard to follow, while some world-class statisticians know very little mathematical physics. No wonder we all struggle. However, part of the struggle is learning to become comfortable, and excited, about hard problems. Over the course of a mathematician’s career they don’t stop finding new problems hard, however it’s a reflection on the problem not on their skill as a mathematician.

Many studies show that mathematics skills learnt at high school are one of the best predictors of future income. The authors of an Australian Government working paper published in 2014 found a strong positive association between higher literacy and numeracy skills and employment and wages.

Their modelling results show that a one-level increase in skills, approximately equivalent to the difference between completing Year 12 education and completing Year 11 (or lower), is associated with:

The Smith Review, prepared for the British Government in 2017, considers ways of improving mathematics education and cites work by Dolton and Vignoles that demonstrates graduates with a mathematics A level (equivalent to Year 12 in Australia) earn around 11 per cent higher wages in their early thirties compared to those who took A levels in other subjects, even after controlling for undergraduate and postgraduate degrees.

A 2013 article in Business Insider Australia tells its reader to ‘think twice before skipping your geometry homework. The further you get in high-school maths, the better you’re likely to fare in the labour market’. Sound advice! As I go from school to school and university to university promoting the power of mathematics, teachers, parents and students will often say to me – but I don’t see many jobs for mathematicians in the newspaper. That is because mathematicians are everywhere – they are engineers, economists, financiers, innovators, environmental scientists, computer programmers, health professionals, data analysts, software developers and business people.

Just last month, Heather Croall, the highly successful CEO and Artistic Director at the Adelaide Fringe, messaged me to tell me that the mathematical thinking she learnt from my mother at high school played a large part in her success in the world of the creative arts!

While there is growing evidence that maths ability at high school is one of the best indicators of gaining well paid employment, not everyone is motivated by money. I certainly never have been. So, aside from being useful and making us rich, what did mathematics ever do to save the planet and build our economy?

Why does maths matter?

Mathematical skills drive the economy of nations. National prosperity increasingly requires applied maths and statistics capability, but these skills are dwindling in Queensland and Australia. Do we need a state-wide initiative in applicable maths?

Professor David Elston, a retired Director at Biomathematics and Statistics in Scotland, said ‘the irony of mathematics is that most people seek to avoid the discipline but seek to benefit from what it delivers: jet planes, broadband internet, the weather forecast, so many things that contribute to everyday life are the direct result of solving mathematical equations!’. 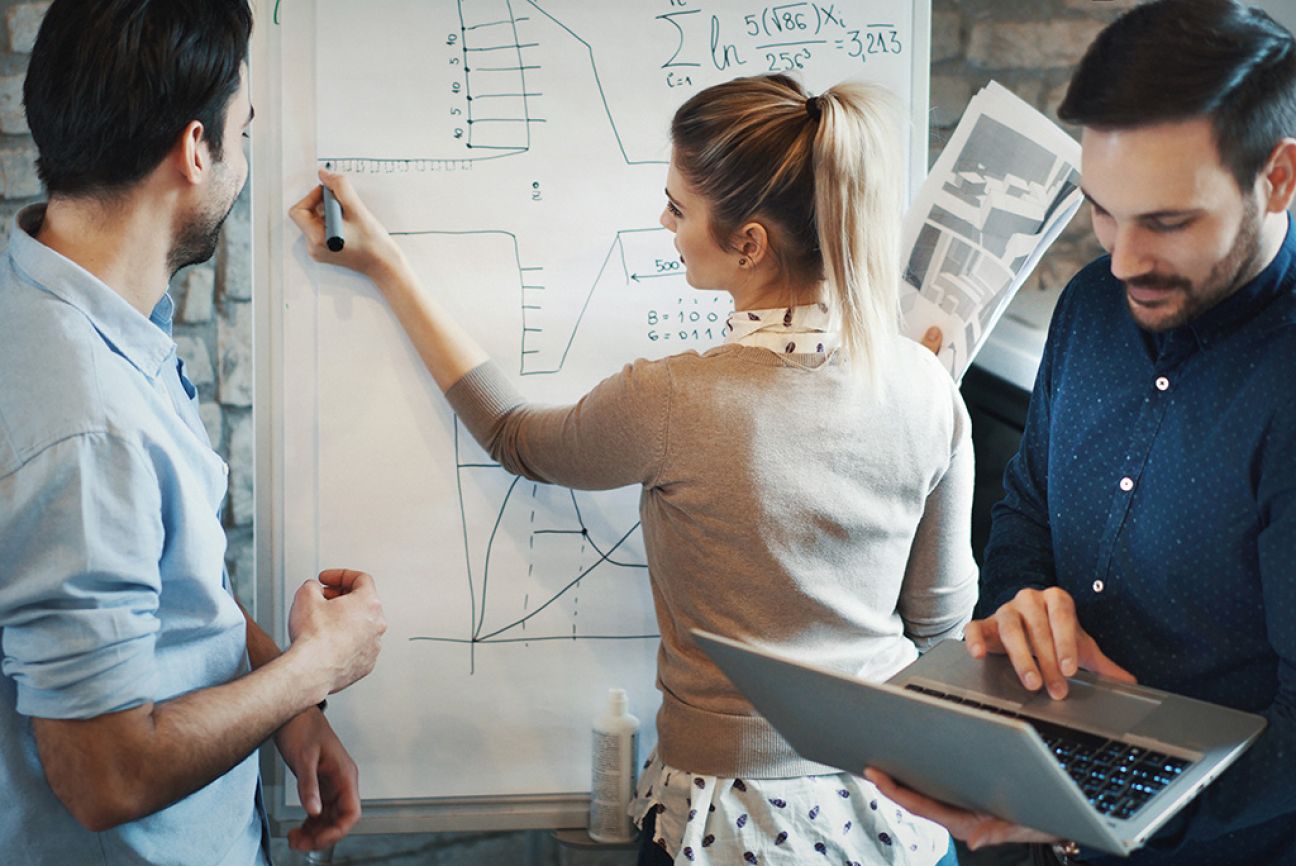 We often forget that most of the major technological discoveries of the past century emerged from research in universities and most of these discoveries involved quantitative skills.

A 2016 report prepared for the Office of the Australian Chief Scientist and the Australian Academy of Science by the Centre for International Economics provides estimates of the extent to which our economy, health and environment are based on global advances in specific fields over the past 20 to 30 years.

The Australian Academy of Sciences website succinctly summarises some of the economist’s findings:

Is maths the secret to a more resilient economy?

While Australians enjoy a relatively strong economy, all our governments have realised that an economy largely based on three legs: agriculture, mining, and tourism, is fragile.

Australia ranks at the bottom of OECD countries in terms of its economic diversity, and this has been partly exposed during the pandemic. Every Australia Government knows now that diversifying our economy is essential, and much of that diversification will be in areas like software services, manufacturing and health services, all of which require people with quantitative skills.

What can we do in Queensland?

In 2010, the Queensland Government published Making Maths Matter (PDF, 832.4KB) . The report recommends the establishment of an institute for applied mathematics that focuses on the needs of industry, government and the community.

It also recommended that the institute:

Given modelling underpins so much of our future economy, and in the days of Covid our health care responses, maybe now is the time to implement this recommendation?