View the previous reports and the detailed data from all the reports is published on the Queensland Government open data portal.

The internationally recognised Organisation for Economic Cooperation and Development (OECD) definition of R&D is used for the purposes of this report:

The above definition aligns with the US National Science Foundation guidelines which defines R&D as creative and systematic work undertaken in order to increase the stock of knowledge and to devise new applications of available knowledge. This includes:

Some examples of R&D activities include (and are not limited to):

R&D excludes:  market surveys; extension or commercialisation of R&D; routine computer programming and maintenance; general purpose data collection using standard techniques; policy-related studies using existing methodologies; or any other activities that do not consist of elements of novelty or understanding of causal relationships.

R&D is a major driving force behind long-term productivity and economic growth as there is a high correlation between GDP per capita and R&D intensity. R&D directly influences the strength and competitiveness of industry by providing a basis for technological change and thereby encouraging economic development.

Investment in R&D not only monetises benefits to the economy, but addresses various societal challenges faced in today’s world, such as climate change, waste minimisation, food security, etc., resulting in improvements in the quality of our lives. A CSIRO report stated that the return on investment for publicly funded scientific R&D is approximately 2:1 which emphasises the impact of R&D on the overall innovation system and economy.

“Cutting investments in R&D will undermine our future economic competitiveness and growth, as well as the quality of our lives and those of our children and grandchildren." Professor Paul Bertsch

$113.4m was the highest expenditure by Queensland Health followed by Department of Agriculture and Fisheries at $92.6m. The research conducted by the Queensland Government on the Great Barrier Reef exemplifies the objectives illustrated in the diagram. Not only does the research provide information on the risks faced by the reef, and the factors needed to maintain a healthy ecosystem, but also insights into agricultural practices, waste water management, marine resource management, sustainable tourism, and marine transport practices.

Examining the R&D annual expenditure can provide insights into funding and collaboration trends, and shows how the Queensland Government’s expenditure meets its policy priorities.

The nature of R&D, as defined earlier, is an investigative and exploratory process with unknown outcomes. As such R&D is not confined to the state’s policy priorities, but rather can exceed and overflow into areas of potential innovation.

Reporting R&D expenditure also provides insights into the health of Queensland’s science, technology, and innovation sectors. While R&D investment is just one metric of innovation, tracking R&D can provide insights into the status of collaborations between industry, government, and researchers, as well as R&D trends.

Queensland’s annual R&D expenditure was stable from 2004-05 to 2007-08. It doubled in 2008-09 and continued to increase until peaking at 2010-11. The increase in annual expenditure (with the highest spend of $701 million in 2010–11) was due to significant investment on research infrastructure, including establishing the Translational Research Institute at Woolloongabba, the QIMR Berghofer Medical Research Institute at Herston, the Health and Food Sciences Precinct at Coopers Plains, and the Ecosciences Precinct at Boggo Road, Dutton Park. Following completion of the infrastructure works, around 2013-14, annual expenditure stabilised to around $350 million over the next five years to 2018–19.

The figure below summarises expenditure over the last 15 years.

Capital expenditure is major infrastructure spending that may include land and buildings, instrument and equipment, and computer software.

Current expenditure is operational spending, for example, spending on items such as employee expenses, salaries, supplies and services, grants, and other R&D project-related expenses.

Capital and current expenditures were reported separately for the first time for the 2009–10 period. Prior to this, both types of expenditure were combined and reported as a total amount.

In 2018–19, 93% ($331 million) of R&D expenditure across all agencies related to current expenditure, and 4% ($12.9 million) was expended on capital, with the remainder reported as ‘various’. The highest capital spend was during 2008 to 2013 when four major research precincts were constructed.

Similar to previous years, R&D expenditure of four agencies accounts for 80% of the total expenditure, including:

*Please note that data from Cairns and Hinterland and Townsville Hospital and Health Services were not available for analysis when data was collected for this report.

Queensland Government funds are those spent directly from the state budget allocation. Leveraged funds refer to cash contributions from external organisations towards R&D projects funded or performed by the Queensland Government. This only includes direct contributions, that is, the expenditure forming part of an R&D contract or agreement. This does not include in-kind support, for example, the use of internal databases or staff time not directly attributed to the project.

For every dollar invested by the Queensland Government an additional $1.13 was secured from other sources, including the Australian Government, universities and businesses. If indirect contributions were to be included this would be even greater.

Leveraged funds for the 2018–19 financial year are highly concentrated with just four of the 18 entities representing 89% of the total. The Department of Agriculture and Fisheries was the highest spender of Queensland Government funds ($56 million) and was third highest to attract leveraged funds ($36 million). Queensland Health spent $39 million on R&D and leveraged almost double its expenditure at $62.3 million.

This section categorises the location of where the funding was spent as either ‘in-house’ or ‘external’. In-house refers to R&D being conducted at Queensland Government sites, for example the Ecosciences Precinct. R&D activity occurring at non-Queensland government sites such as universities, businesses, international locations etc., have been categorised as external.

The figure provides a historic representation of the high level of R&D activities undertaken at government locations from 2004 to 2010. The trend reverses to higher R&D activity related expenditure in external locations for projects undertaken between 2010 and 2014. The ratio reverts to a higher expenditure of in-house R&D activities between 2014 and 2019, upon completion of proposed research facilities referred to above.

This chart illustrates how this year’s total R&D expenditure was allocated between in-house and external locations. Similar to the previous year, nearly 62% of funding ($222 million) was spent on R&D at in-house Queensland Government locations. The remainder occurred in a variety of external locations including:

Minor work was carried out at private non-profit organisations and in other state or local government entities.

12. Spending in relation to socio-economic objectives

This is reflected in the investment in portfolios such as Queensland Health, Department of Agriculture and Fisheries, QIMR Berghofer Medical Research Institute, and the Department of Innovation, Tourism Industry Development and the Commonwealth Games. This is in line with overall expenditure distribution that showed 80% of spending was executed by four of the 18 agencies

13. Spending based on field of research

Fields of research are defined by the Australian Bureau of Statistics and enable R&D activities to be categorised according to the methodology used (not the activity, nor the purpose).

The analysis of R&D expenditure by field of research attributes:

This mirrors the two highest spending agencies in R&D, namely Queensland Health, and the Department of Agriculture and Fisheries. The medical and health sciences sector represents over half (52%) of the expenditure by field of research, and is ten times larger than the average across the 21 fields. Eighty-three per cent of the total expenditure is highly concentrated into just three of the 21 fields of research: medical and health sciences; agricultural and veterinary sciences; and environmental sciences.

14. Highlights of R&D delivering for Queenslanders The Queensland Museum is using new techniques to explore why some coral can grow in marginal habitats while others cannot. This will help researchers understand why reef ecosystems around the world occur across a wide range of environments, including areas that would normally be considered marginal for coral growth. This project will improve our understanding of how corals adapt to environmental change, and these insights will help inform their future management. QIMR Berghofer Medical Research Institute led Australia’s first clinical trial using genetically engineered immune cells to make bone marrow transplants safer for blood cancer patients. The team took immune cells from partially matched bone marrow donors and inserted a gene into the cells that allowed them to be killed off if they caused complications. The patients received the immune cells after their bone marrow transplant at the Royal Brisbane and Women’s Hospital, with one patient now in remission for four years. This amazing work was funded by the National Health and Medical Research Council of Australia and supported by the Queensland Government.

Inspector-General Emergency Management (IGEM), in partnership with the Bushfire and Natural Hazards Centre for Cooperative Research, has contributed to a Community Engagement Techniques Toolkit, and a Measurement and Evaluation Toolkit to further assess and improve community disaster preparedness. IGEM contributed $10,000 towards the project with partners including Queensland Fire and Emergency Services, Ipswich City Council, Tablelands Regional Council, Cairns Regional Council, NSW State Emergency Service, and the Department of Fire and Emergency Services in Western Australia. The project was run by Dr Barbara Ryan (University of Southern Queensland) and Dr Kim Johnson (Queensland University of Technology) and Prof Maureen Taylor (University of Technology Sydney). 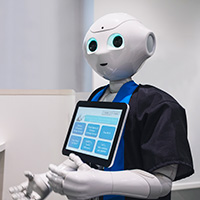 (Department of Innovation, Tourism Industry Development and the Commonwealth Games)

The Humanoid Robotics Research and Development Partnership Program is bringing together world-class researchers from Queensland University of Technology’s Australian Centre for Robotic Vision and robotics manufacturing expertise from the Japanese technology giant, SoftBank Corp. funded up to $1.5 million over three years, the project will establish Queensland as a leader in the field of robotics and human interaction. The project promotes collaboration between robotics researchers and experts in technology uptake to jointly explore and develop new and innovative technologies and solutions in humanoid robotics. (Department of Agriculture and Fisheries)

The Department of Agriculture and Fisheries is collaborating with Horticulture Innovation Australia, to jointly fund and investigate the potential to increase the nutrient density of a range of foods to deliver greater nutritional benefits per serve. Naturally Nutritious will also identify the nutritional impacts of the supply chain process and what measures can be undertaken to maintain food quality. Jamieson Trauma Institute brings together clinical services, disaster management, military training, trauma epidemiology, as well as science and research institutions to deliver the best possible care to people who suffer a traumatic injury. It was established in July 2018 through a partnership between the Motor Accident Insurance Commission and the Metro North Hospital and Health Service at the Royal Brisbane and Women's Hospital. It operates in partnerships with government agencies, hospitals and health services, colleges, academic, research and industry partners with over $2 million invested in 2018-19. Four Queensland government agencies and Griffith University are collaborating to improve community disadvantage and child welfare through the Creating Pathways to Prevention program. The program builds capacity in community based support agencies to better meet the needs of the children and families. The program had an overall expenditure of $694,000 in 2018–19. 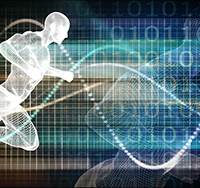 (Department of Housing and Public Works) 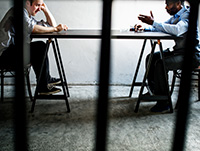 Queensland Corrective Service’s Specialist Operations Team undertook a time and motion study to explore offender assessments and management across custodial and community corrections locations. The research, funded through the department’s recent review into the Queensland Parole System Review, was undertaken in partnership with a private sector organisation. A total of $134,000 was dedicated to completion of this phase of work, with almost $117,000 expended in 2018–19. The QCS Annual Report 2018–19 provides more information about this program.