Data from this collection and previous reports is available on the Queensland Government open data website.

What is research and development?

The Queensland Government has adopted the internationally recognised Organisation for Economic Cooperation and Development (OECD) definition of R&D for the purposes of this report, i.e. ‘creative work undertaken on a systematic basis in order to increase the stock of knowledge, including knowledge of man, culture and society, and the use of this stock of knowledge to devise new applications’ [Frascati Manual, 2015].

Some examples of R&D expenditure that are included in this report are:

Essentially, R&D has novelty and resolves scientific or technological uncertainty.

97% of the total expenditure in 2017-18 related to operational costs including labour costs of R&D personnel, non-capital purchases of R&D materials, supplies and equipment

$100.13 million was the highest spend on R&D by a single agency Queensland Health, followed closely by the Department of Agriculture and Fisheries (DAF) with $96.98 million

32.5% of DAF’s total budget was spent on R&D, the highest percentage of all agencies.

Why does the Queensland Government invest in R&D?

R&D can identify emerging issues and give government time to prepare appropriate resources. It also contributes to:

As one example, the research conducted on driver behaviour in different scenarios can steer investment in types of road infrastructure including signage and policing techniques.

Why does the Queensland Government report its annual R&D spend?

The Queensland Government has reported its R&D spend since 2004.

Reporting and reviewing this R&D investment shows trends in funding and collaborations, as well as how its investment aligns with government policy priorities.

The results also contribute to building a picture about the health of Queensland’s science, technology and innovation activities.

Measuring innovation can also include other indicators such as:

The values in this figure include both capital (infrastructure) and current (operational) expenditure.

After a period of investment stability to 2007-08, it doubled in 2008-09 and maintained consistency for a five-year period to 2012-13. This higher value resulted from significant investment in research infrastructure (capital expenditure) under the Smart State strategies, including the construction of many facilities, for example:

After this, emphasis on infrastructure investment returned to approximately $350 million for the five-year period to 2017-18.

Separate capital and current expenditure records are only available from 2009-10. Prior to this, only total expenditure amounts were recorded.

Across the nine periods recorded, capital expenditure peaked at $288 million in 2010-11, the second year of the significant investment in four major research precincts.

The distribution ranges from $60,000 spent by the Inspector-General Emergency Management to $100.13 million by Queensland Health.

R&D expenditure of four agencies accounts for 77% of the total expenditure, including Queensland Health, Department of Agriculture and Fisheries, QIMR Berghofer Medical Research Institute and the Department of Innovation, Tourism and Industry Development.

Traditionally, Queensland Health and the Department of Agriculture and Fisheries are the highest spenders on R&D.

Queensland Health accounts for 28% of overall expenditure, and is five times higher than the average spend across all 19 entities.

NB: There was a change of portfolios midway during the reporting period. Agencies are listed using the current names.

Since reporting commenced in 2004-05, leveraged funds have been slightly lower overall than the Queensland Government investment. Leverage in the last two years has been 1:1

This year, leveraged funds are highly concentrated with just five of the 19 entities representing 92% of the total.

The Department of Agriculture and Fisheries was the highest spender of Queensland Government funds ($63 million) and was third highest to attract leveraged funds ($34.2 million) equating to a rate of around 1:0.55.

Queensland Health spent $37.4 million on R&D and leveraged almost double its investment at $62.8 million - equating to a rate of 1:1.68. This is almost seven times larger than the average across all 19 agencies.

This graph shows where research was executed.

The graph gives a longitudinal representation of the high level of R&D activity traditionally occurring at government locations during the first four years of records (2004-08). The trend then reversed to higher activity and expenditure in external, non-Queensland Government locations, during projects between 2008-13. Residual higher external funding was also present in 2013-14, after which R&D activity construction of several major infrastructure facilities that reverted to a higher incidence of in-house R&D expenditure.

This pie chart breaks down the external component of the R&D spend to provide more details for this year. Nearly 60% of funding ($206.1 million) was spent on R&D occurring in-house - at Queensland Government locations.

The remainder occurred in a variety of external locations including universities (22%), followed by other government bodies and statutory authorities (7.2%), joint business/government organisations (4.0%) and Australian Government (3.5%).

Minor work was carried out at private, non-profit organisations and with other state or local governments.

What socio-economic objectives were covered?

Agencies are able to classify R&D investment according to the Australian Bureau of Statistics’ socio-economic objectives.

This is reflected by the investment portfolios of Queensland Health, Department of Agriculture and Fisheries, and the QIMR Berghofer Medical Research Institute, and is in line with overall expenditure distribution that showed 77% of spending was executed by four of the 19 agencies.

What fields of research were covered?

This list of research fields is defined by the Australian Bureau of Statistics and is in place to allow R&D activity to be categorised according to the methodology used - not the activity, nor the purpose.

The analysis of R&D expenditure by field of research attributes $169.9 million to medical and health sciences, and $95.26 million to agricultural and veterinary sciences.

This mirrors the two highest spending agencies in R&D, namely Queensland Health, and the Department of Agriculture and Fisheries.

Medical and health sciences represents almost half (48%) of the expenditure, and is ten times larger than the average across the 21 fields. Of the total expenditure, 81% is highly concentrated into just three of the 21 fields of research.

The study identified 72 novel markers that are capable of predicting a woman’s risk of developing breast cancer.

The study also collaborated internationally to develop a personalised treatment approach for patients with aggressive disease.

Those genetics researchers continued to recruit participants into the Australian arm of the world’s largest study of clinical depression.

A new breed of chickpeas called “PBA Drummond” was officially launched with commercial partner SeedNet in 2018.

This was a joint research effort involving the Grains Research and Development Corporation, Queensland Department of Agriculture and Fisheries, NSW Department of Primary Industries and Pulse Breeding Australia partners.

This has resulted in an improved chickpea with significantly higher grain yield than all current varieties in Central Queensland.

QIMR Berghofer Medical Research Institute together with collaborators, successfully designed tiny nanorobots, made of DNA and protein, to directly target tumours to stop them from growing.

The Cooperative Research Centre for Living with Autism (Autism CRC) is working towards improving the quality of life of people with Autism Spectrum Disorder.

The centre has received financial support from the Australian Government and 55 participant organisations.

The Department of Housing and Public Works in conjunction with QUT, One-Stop-Shop Liquid Learning, Search365 and the Open Data Institute Queensland, is developing a proof of concept to transform standard record keeping to build an open, trustworthy data ecosystem in real time.

The system will have open and transparent access to government data offering insight and foresight to Queensland Government to make better decisions. 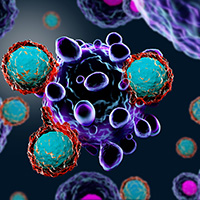 The funding will see an upgrade and expansion to Q-Gen Cell Therapeutics - a world-class, regulatory-approved cell therapy manufacturing facility. This facility is used to develop cellular immunotherapies for conditions including multiple sclerosis and some cancers.

Immunotherapy works by training the immune system to recognise and destroy cancer and other harmful cells.

The Queensland Government's funding and the agreements between QIMR Berghofer Medical Research Institute and Atara will bring much needed new T-cell immunotherapies to Queensland patients.

Integration of genomics into everyday healthcare 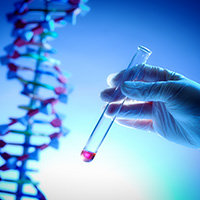 The integration of genomics into everyday healthcare has the potential to be transformative with faster diagnosis, new treatments and more cost-effective service delivery.

The Queensland Government invested $25 million in the Queensland Genomics Health Alliance over a five-year period (2016-20), to pioneer the translation and integration of genomics into everyday healthcare in Queensland.

In 2017, the first funding round allocated $4.8 million for nine projects. Five of the nine projects focussed on building infrastructure, and four were clinical demonstration projects to help build the evidence base for clinical genomics in melanoma, infectious diseases, maturity onset diabetes of the young, and lung cancer. 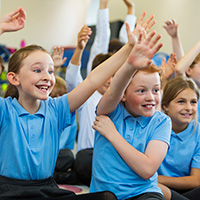 An investment of $150,000 from the Queensland Government has joined $191,000 from the Australian Research Council to deliver a unique teacher education program aimed at preparing quality teachers for schools in low socio-economic communities.

The program has led to a national change in the quality of teaching in schools - initially in Queensland - and now rolling out nationally through a network of eight universities.

It provides specialised training to high performing teaching graduates to encourage them to choose to work in low socio-economic status schools.

The Idiopidae are a family of trapdoor spiders found throughout the southern hemisphere.

Only 22 of the now 114 endemic species within the tribe Aganippini were previously described, while many remained undocumented.

Trapdoor spiders are of great conservation significance and vulnerable to extinction.

The project presented a complete taxonomic revision of the Australian Aganippine Idiopidae, with a $349,000 grant from the Australian Government to the Queensland and Western Australian museums.

This project will determine conservation priorities and help to document and understand the evolution of the spiders across Australia. So far, it has resulted in 18 peer-reviewed research papers and received significant academic and media attention. The Queensland Department of Transport and Main Roads is delivering the Ipswich Connected Vehicle Pilot – currently Australia’s largest on-road testing trial of cooperative vehicles and infrastructure. This pilot will help prepare for the arrival of new vehicle technologies with safety, mobility and environmental benefits on Queensland roads.

The pilot will involve up to 500 private and fleet vehicles retro-fitted with Cooperative Intelligent Transport Systems (C-ITS) devices that enable them to ‘talk’ to other connected vehicles, infrastructure, road operations systems and cloud-based data-sharing systems.

Planning for this large-scale project is well underway with approximately nine months of on-road trials to take place in, and around, Ipswich. The pilot is expected to commence in late 2019. The Asian Market project will increase the value and profitability of Australian horticulture exports by improving its reputation for freshness and consistently high-quality products.

Australian exports of fresh horticulture to Asia is currently worth $1.58 billion.

The project will begin with two significant horticulture chains, seven horticulture post-harvest R&D specialists from three Australian organisations, the China Academy of Sciences and horticulture agribusiness researchers from two Australian universities. This will include support from service providers and export chains.

The $10.5 million project is being funded by the Hort Frontiers strategic partnership initiative using matched co-investment payments of $6.4 million to Hort Innovation which returns matched funds to Department of Agriculture and Fisheries. 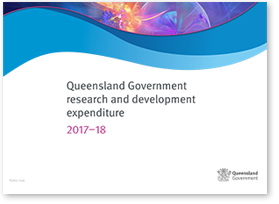